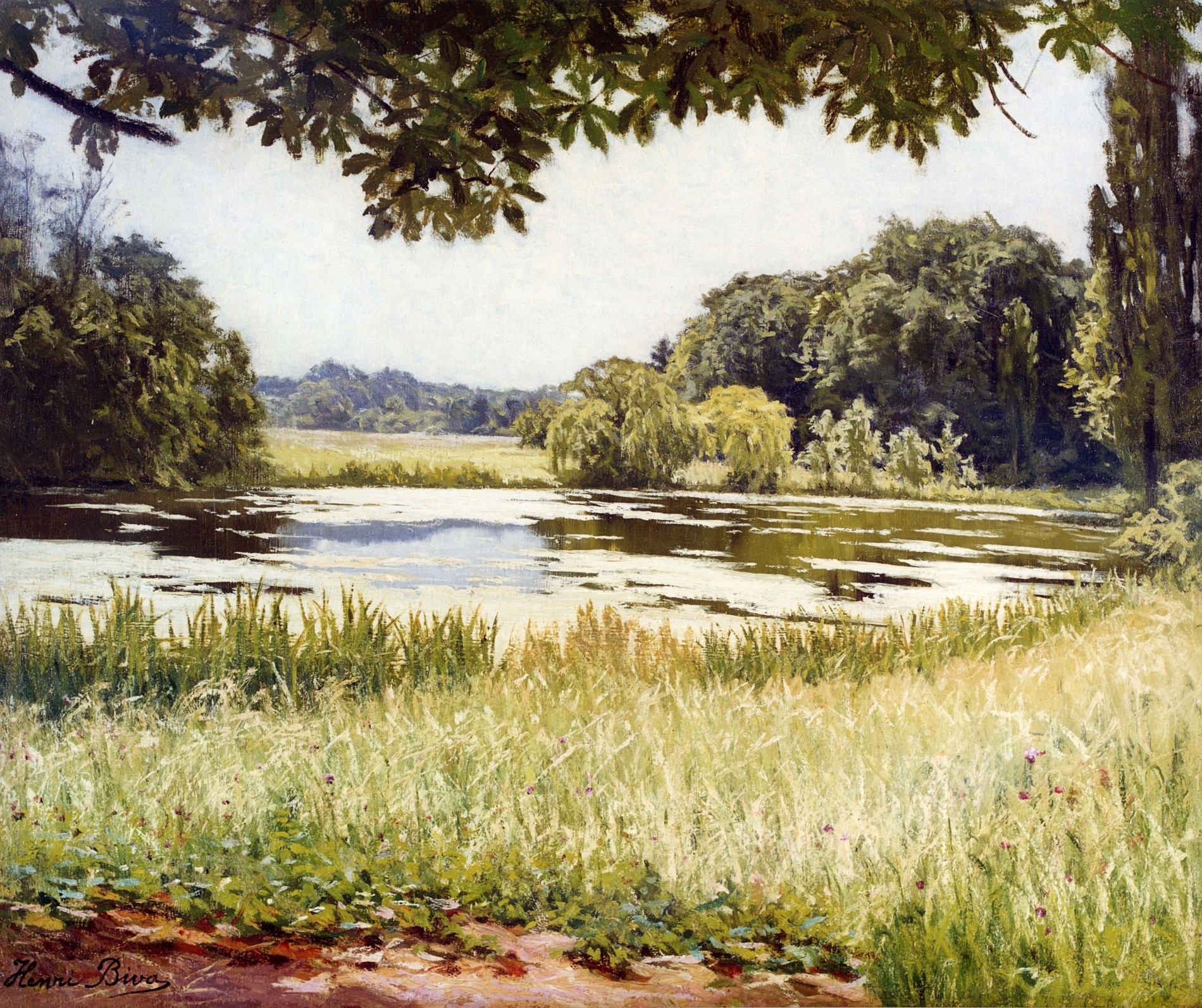 Henri Biva was born in Paris in January 1848. He received his training under A Nozal and Leon Tanzi and first exhibited at the Black and White Exhibition of 1886. He was a regular exhibitor at the Salon des Artistes Francais, his works receiving special notices in the years 1900-1905. He received a third class medal in 1895, a second class medal in 1896 and a bronze medal in 1900, the year when he was made Chevalier de la Legion D’Honneur. He produced a number of beautiful landscapes during his lifetime and taught the artist E Charles Rene-His. Many of his paintings portray the beauty of quiet backwaters in full summer and his skill in catching the magic of the season has rarely been surpassed. Biva died in 1928. 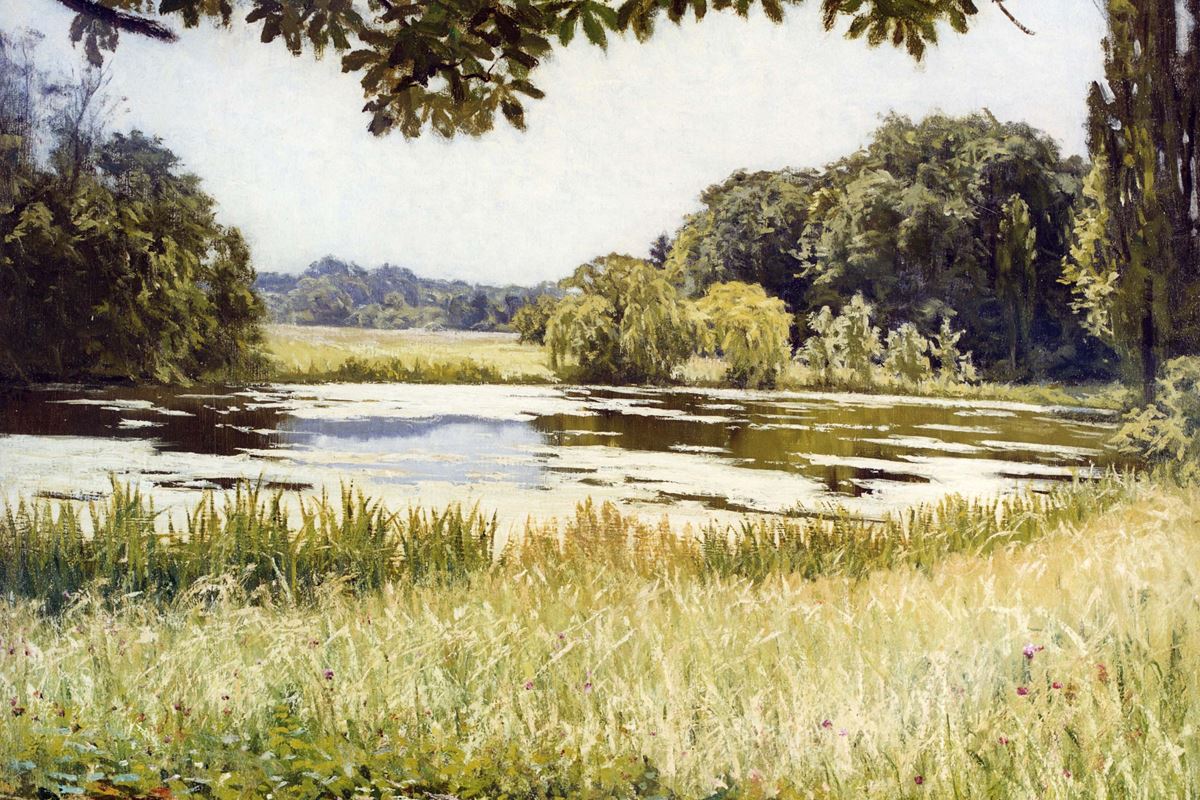