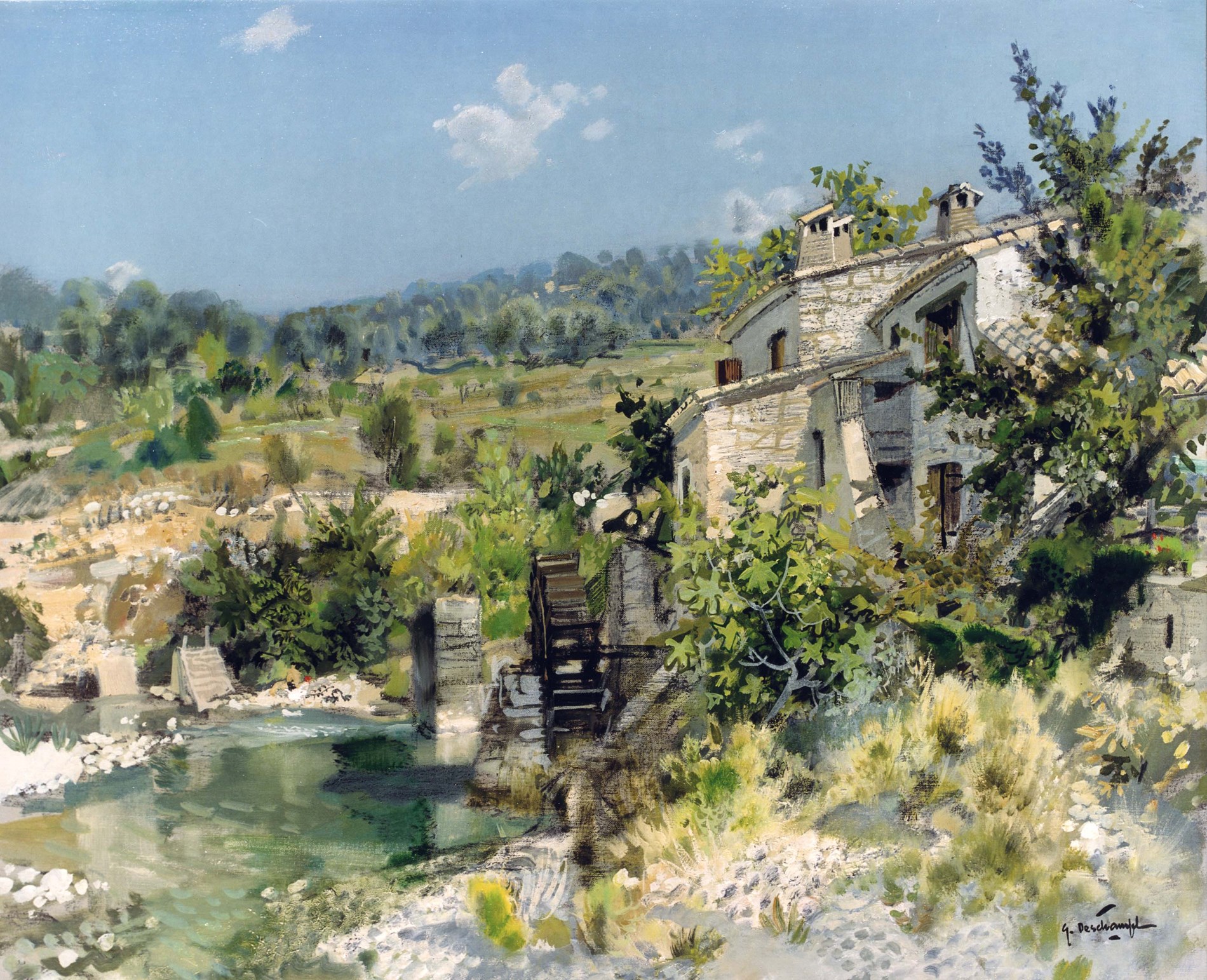 Gabriel Deschamps was born on 20th July 1919 at Bonneville, Haute-Savoie. He studied at the School of Fine Arts in Paris in 1939 and 1940 and then from 1942 until 1946 at the Narbonne. He was a regular exhibitor and Member of the Paris Salon. He painted mostly scenes of the South of France and the Mediterranean coast and has held many exhibitions in Paris, Algiers, Oran and Casablanca. He is well known both in Europe and on the American continent. He was for many years an official professor and teacher of Art to the State