Monsted was born in the Danish town of Grenaa on the 10th December 1859. He first studied painting at the Copenhagen Academy. Afterwards he travelled extensively, taking in visits to Italy, Switzerland and Paris. As an artist he experimented with subject matter, ranging from Northern European winter scenes to North African orientalist images. Generally speaking however, he is most celebrated for his Scandinavian winter and summer landscapes. His summer scenes are characterised by the vibrant greens and yellows of the trees, shrubs and grasses as they try to optimise the short summer growing season. His treatment of the foliage contrasts with the beautifully observed streams and lakes that often feature in his compositions. By contrast his winter scenes reflect the massive gulf between the Scandinavian seasons, in their stark beauty. The formally verdant pastures and woodlands are covered in a thick blanket of snow, the plant life lying dormant waiting for the onset of the spring. Monsted today, is rightly feted as an accomplished exponent of the landscape genre and this is reflected in the commercial success of his work. His works can be viewed in museums in Aalborg and Bautzen 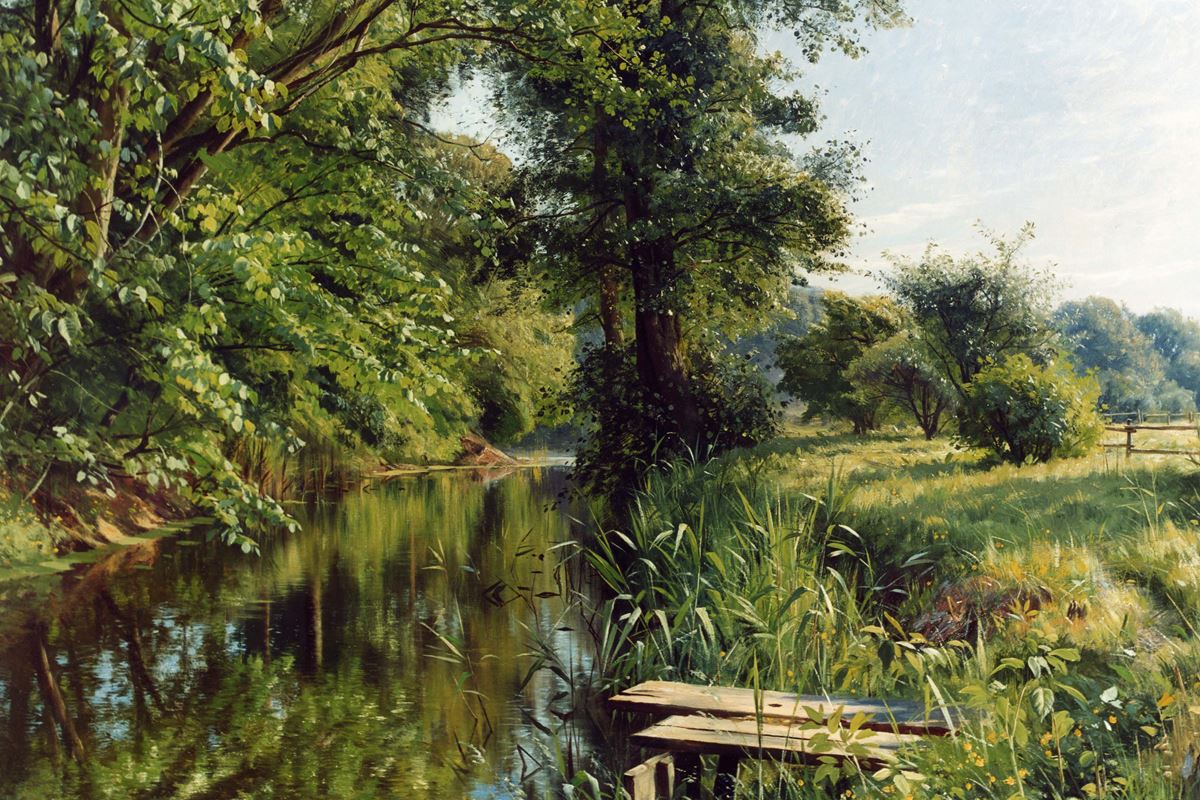