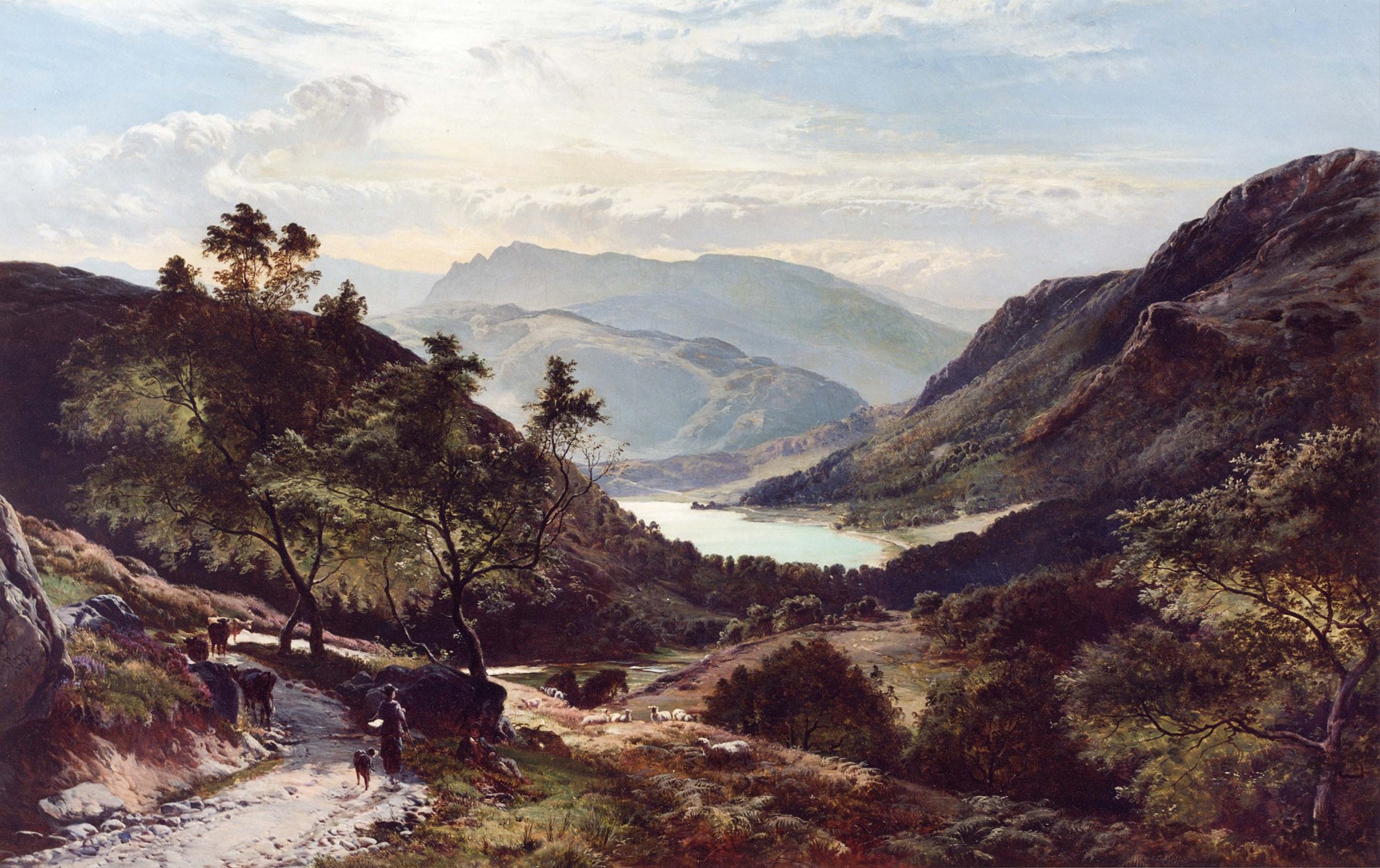 Sidney Richard Percy was the fifth son of the famous landscape painter, Edward Williams Senior, and he studied under his father. He, like other members of his family, changed his name to avoid confusion. He was one of the most prolific and popular painters of the Victorian era; his tranquil, realistic landscapes attaining a wide vogue among contemporary patrons. When he was 36, he married and lived at Barnes until 1863 when he and his wife moved to Great Missenden which was ideally placed for studies of the Buckinghamshire landscape. However, it was with Welsh scenery that S. R. Percy always had the deepest personal attachment – particularly the region in Merioneth around the village Llanbedr. A critic writing in 1853 described his art as of ‘very high character being everywhere powerful and leaving nothing to be desired’. He had a marked sense of design, adjusting the landscape to fit in with his unified schemes. He was fascinated by photography and his art reflects this, showing a clarity of vision and detail rarely rivalled among other landscape artists of the period. He exhibited many works at the Royal Academy, the British Institution and the Royal Society of British Artists. He is represented in museums in: The Collection of H M the Queen. Tate Gallery, London. National Museum of Wales, Cardiff. Victoria Art Gallery, Bath. City Museum, Leeds. New Walk Museum, Leicester. York City Art Gallery. Maharaja Fatesingh Museum, Baroda. Montreal Museum of Fine Arts, Montreal