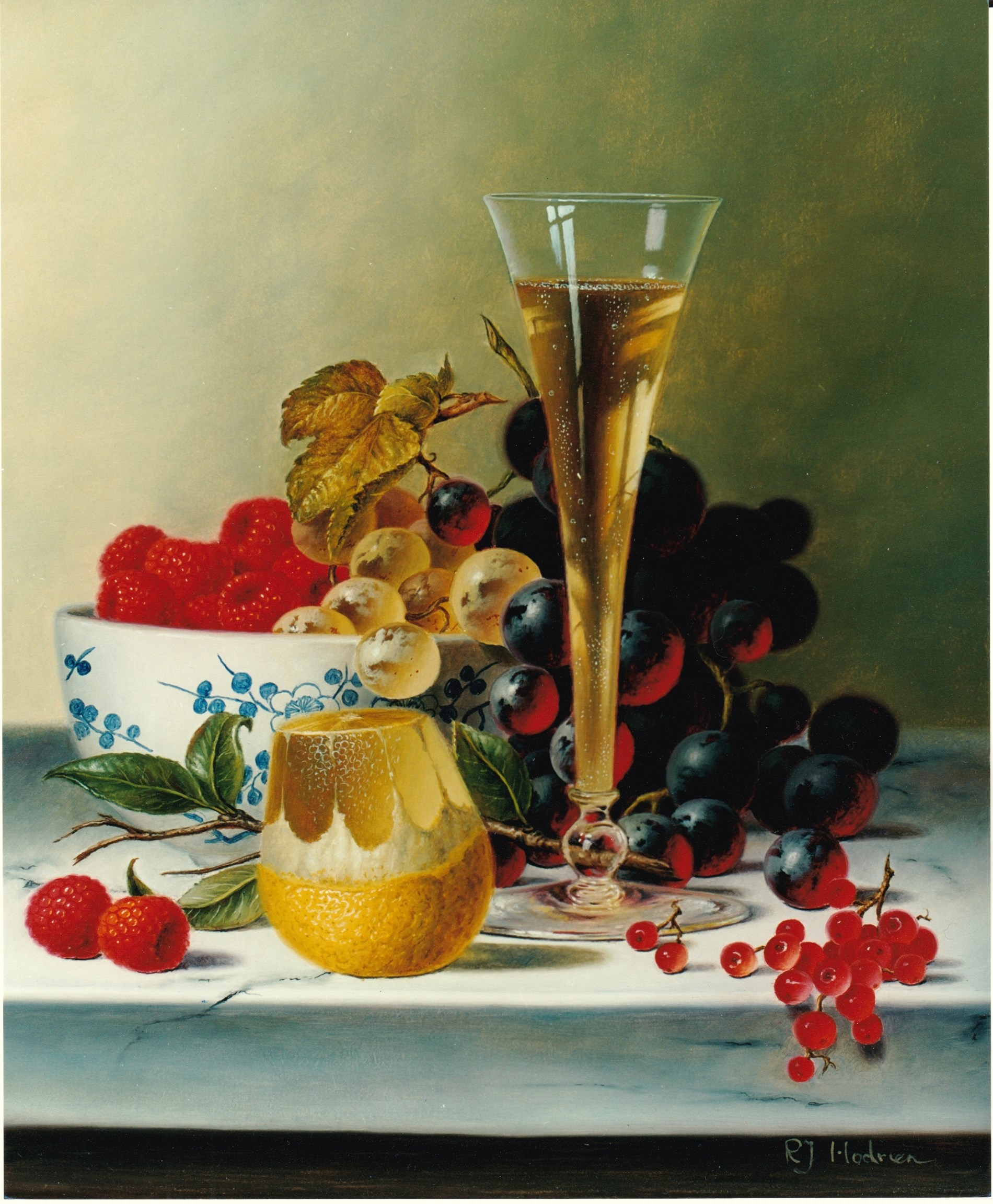 A Vase of Flowers & Fruit on a Table

Grapes and a Jug of Wine on a Ledge 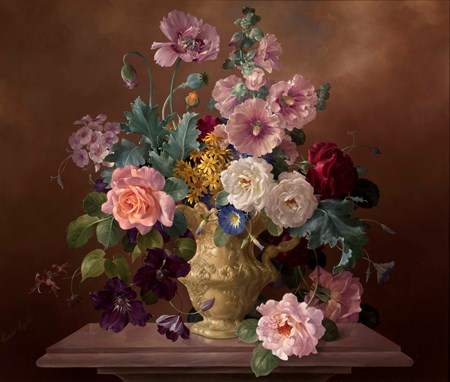